Caribbean filmmaking is coming into its own and women are taking an active part in creating movies that people want to watch and which celebrate the diversity of the Caribbean story. Here are three women Caribbean filmmakers, who came into the industry in different ways but no doubt about it, they are an integral part of this movement and you ought to keep your eye on them.

Mary Wells
Jamaican-born Mary Wells is enjoying the spotlight that her first feature Kingston Paradise is bringing to Caribbean filmmaking. The film most recently won Best Diaspora Feature at the African Academy Awards and in early 2014 took home the Programmers Award for Best Narrative Feature at the Pan African Film Festival in Los Angeles.

Wells describes Kingston Paradise as an off-beat urban thriller that follows Rocksy, a small-time hustler who journeys to steal a car while his lady friend Rosie, dreams for peace depicted in a painting. He forces a crime of reckless desperation and changes their lives forever, as they fight to survive the chaos of their broken dreams and aspirations.

“Stories are a basic innate human need. Without stories we would have no life and would cease to exist. I wanted to do a real story, but at the same time a kind of (funky) fantasy, making a social statement on poverty and survival on an everyday level in chaotic Kingston, Jamaica. I have worked over the years with many inner city youth and in inner city surroundings and Kingston has a special urban grit that’s quite something to know and experience,” she said to explain why she wanted to make this film.

Falling in love with acting as a child and the power of 16mm film, Mary says the five-year journey to make the film has been intensive and one she will do differently next time. “This was an important learning experience for me but the thought of giving up never crossed my mind.”

Already working on new projects which include an animated series for children about renewable energy, Wells is focused on making more stories about Jamaica and the Caribbean which can build the industry.

Find out where you can see Mary Well’s new film, via the facebook page for: Kingston Paradise.

Mitzi Allen
Mitzi Allen is the Executive Producer behind HAMAFilms Antigua, which she runs with her husband writer/director Howard Allen. In 2001 HAMAFilms became the first indigenous company in the Eastern Caribbean to produce a feature length film with the release of “The Sweetest Mango” a romantic comedy, based on how the couple met and fell in love. The film continues to receive international attention and will be screened in Taiwan later in 2014.

Mitzi, an award-winning journalist and filmmaker thinks telling stories about the Caribbean experience is critical and has been actively teaching the art of storytelling and filmmaking to young people for the past four years. In collaboration with the UNICEF-funded Youth Media Workshop on Antigua, students 12 to 18 years are giving hands-on support to learn filmmaking.

HAMA recently screened its fourth film The Skin at the Pan African Film Festival in LA where it received rave reviews from the audience as well as the festival programmers. The Skin was the first project in which the couple used internationally-known actors such as Jamaican-icon Carl Bradshaw and where Howard left the Director of Photography work to S. Torriano Berry.

“In order for filmmaking in the region to grow we have to be ready to support each other and use systems that can allow us to expand and produce content that can be played on various platforms internationally,” Mitzi shared. “It is very important to stay up on new technologies, marketing and funding strategies but always remember to stay true to youy story.”

Currently the independent film company has another feature film, a love story, in development and the second season of their drama series Paradise View in pre-production. The company recently signed a distribution deal with a UK distributor for the series. Meanwhile, they continue to screen their films by special invitation at numerous events across the region.

Follow their progress via the Internet site for HAMAFilms Antigua.

Mariette Monpierre
“From the beaches of Guadeloupe to the heart of Paris to the bright lights of the Big Apple, I always saw my life through lenses. Growing up in the belly of Paris, films fascinated me. I completed my Master’s Degree in media & languages at the Sorbonne University and Smith College in Massachusetts and moved to Manhattan to follow my dream of becoming a filmmaker,” Mariette Monpierre says in her media bio.

Monpierre has been paying her dues both in France and in New York. She’s directed numerous documentaries, hundreds of music videos, commercials, short films and videos for institutions. Producing and directing medical videos for hospitals and medical institutions helps to fuel the filmmaking dream. Her latest project is a music video for an infectious new song by Haitian singer Emelyne Michel Michel.

“I started to make films because I did not see the people from my community on the big screen. Our stories were not told. Who else better than us can tell our stories with sincerity and accuracy? I took it as my responsibility to let the world know about our struggles, our emotions, our commitments,” Mariette says about the reason she took up filmmaking.

Learn more about Mariette and her upcoming project, visit the Mariette Monpierre website. 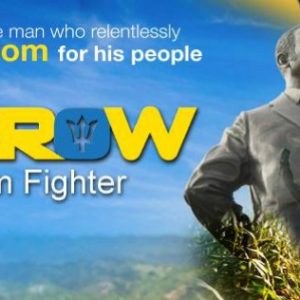 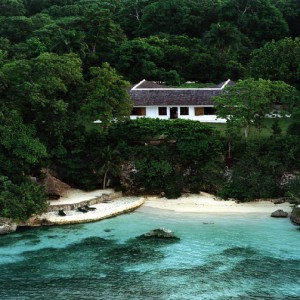 Jamaica: The Birthplace of James Bond 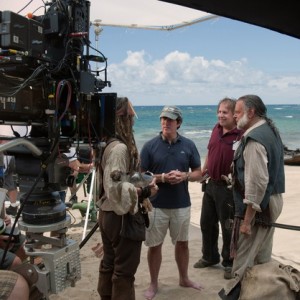