Along with being a former British colony, the beautiful Caribbean island of Saint Lucia was also a French colony. In fact, before becoming independent from the British in 1967, control of Saint Lucia switched between the French and the British fourteen times — seven times for the British and seven times for the French. Thus, Saint Lucian culture is a mix of British, French, African, and Caribbean traditions, which is now celebrated each October as part of Creole Heritage Month. The feature event for the Saint Lucia Creole Heritage Month is Jounen Kwéyòl celebrated each year on the Sunday that is closest to International Creole Day on October 28th.

Creole Heritage Month in Saint Lucia is organized by the Folk Research Center, established in 1973 to research, document, preserve and promote the island’s cultural heritage and Creole language for future generations.

Creole language in Saint Lucia came about during slavery when French and English words became part of a hybrid African language. This was developed as the African slaves needed a way to communicate with one another, and they were often forbidden to speak their native language. Thus, they would combine English and French words with their native language, and the plantation owners would think that the slaves were indeed trying to speak like them. Once slavery ended, Creole continued to be spoken since most were not fluent in English or French, but it was only taught orally and not in schools as it was associated with the lower classes.

Now, through the efforts of the Folk Research Center, with programs in schools and the broader community, including significant events like Creole Heritage Month, the Creole language is no longer looked down upon in Saint Lucia and has become an integral part of island life. Most Saint Lucians are bilingual, speaking English and French Creole. Its still not yet taught in most schools, but the language is being preserved with documentation of its alphabet, structure, and words with meaning.

Each year to celebrate Creole Heritage Month in Saint Lucia, the Folk Research Center, along with four selected communities, organize a variety of events, including art exhibitions, musical concerts, beauty pageants, cultural performances, food demonstrations, and other forms of Creole cultural expression. These events are a warm-up for the main festivities on Jounen Kwéyòl, translated into English as Creole Day. 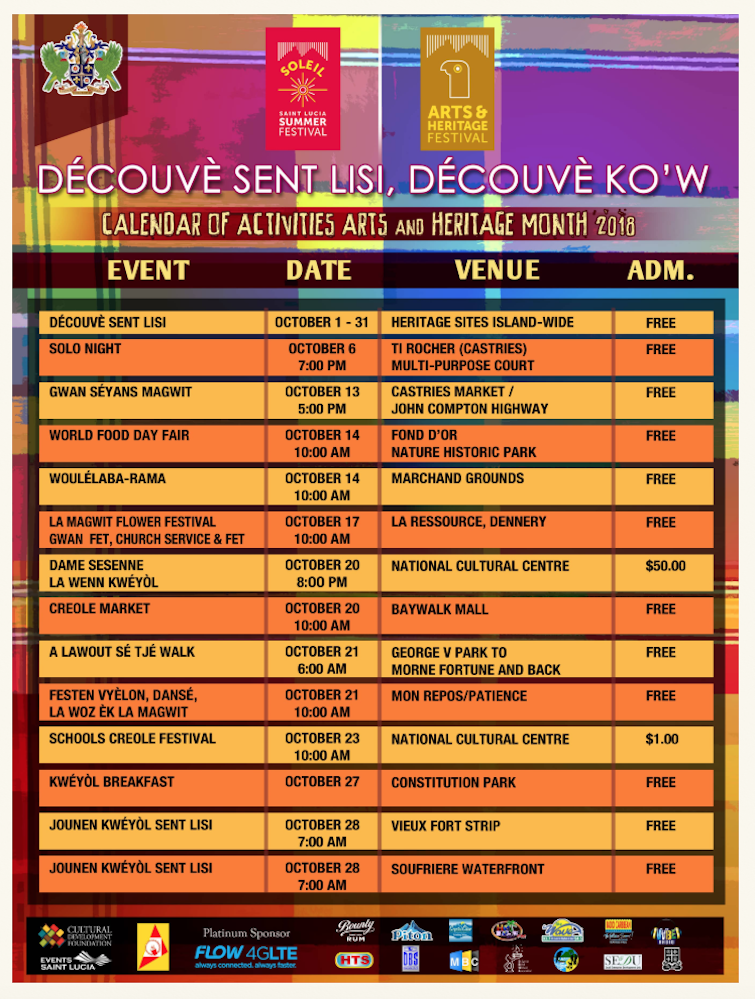 According to Hilary La Force, the current Chairman of the Folk Research Centre, Jounen Kwéyòl, aka Creole Day in St Lucia, was first celebrated in 1983 with over 15 hours of Creole radio programming. Then in 1984, the first community day was held in Mon Repos, a small town on the east coast of Saint Lucia. Along with a Creole mass officiated by Father Patrick Antony who was the founder of the Folk Research Center, there was a celebration of all things Creole expressed through games, music (in particular drumming), dance and food. In 1985, the Creole Day celebrations were held in Fond Assau, located in the northeast of Saint Lucia.

Today, four communities each year are designated as the official hosts for all activities in Creole Heritage Month leading up to Jounen Kwéyòl, aka Creole Day in St Lucia. Having the celebrations in four communities provides an opportunity for more locals to participate and Jounen Kwéyòl is now actually the largest festival in Saint Lucia, attracting more people than the Saint Lucia Carnival. In addition to locals, Jounen Kwéyòl, aka Creole Day in St Lucia, attracts people from the neighboring islands, including Martinique, Dominica, and Guadeloupe. They share an affinity to Creole culture and language. 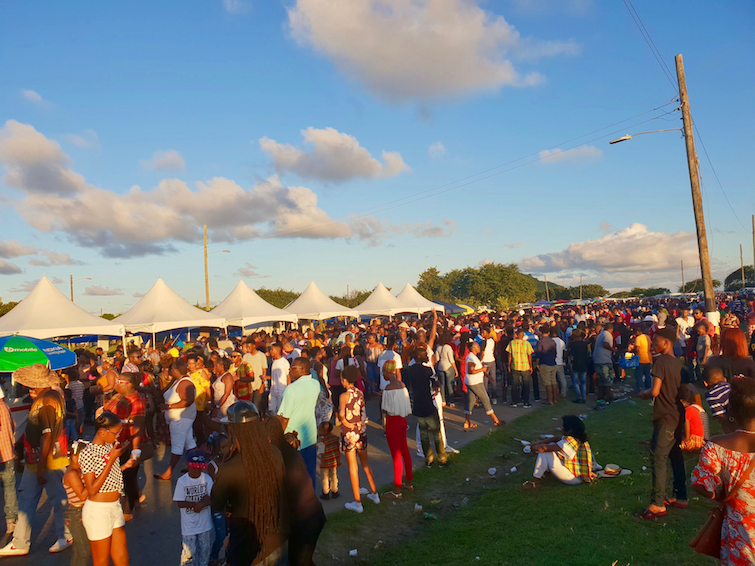 Creole Heritage Month has also been added to the SOLEIL Saint Lucia Summer Festival series, and so in years to come with finetuning of the product offering and additional marketing to the Caribbean diaspora as well as those who love cultural festivals, it can become another significant event attracting international visitors to the island. The key will be to package and promote all the headline events around the Jounen Kwéyòl weekend. Along with the official events organized by the Folk Research Center, private promoters are also getting involved. In fact, while I was there last year, the Saturday night before Creole Day, there was a major concert featuring Creole musical acts from Saint Lucia and neighboring islands. This concert was held in Pigeon Island National Park, the same location for the annual Saint Lucia Jazz Festival.

Most hotels in Saint Lucia (like Royalton Saint Lucia Resort & Spa and Jade Mountain where I stayed) have started to get in on the act with celebrating Creole Day. At a minimum, most will prepare special menus for their guests to sample the range of delicious local food including the national dish of green figs (bananas) and salt fish. Of course, the best place to really taste traditional Saint Lucian food is from one of the food vendors in the communities hosting the Creole Day celebrations. Like at Soufriere and Vieux Fort last year, they will have 50+ food vendors, and you are sure to find a more extensive selection of local dishes including breadfruit and smoked herring, pigtail bouillon, callaloo soup, turtle stew, and black pudding. If you like seafood, also look out for meals with crays and crayfish, even fish eggs! For dessert, consider cassava and avocado, cornbread, tablet, fudge, guava cheese, coconut balls, and sugar cakes. 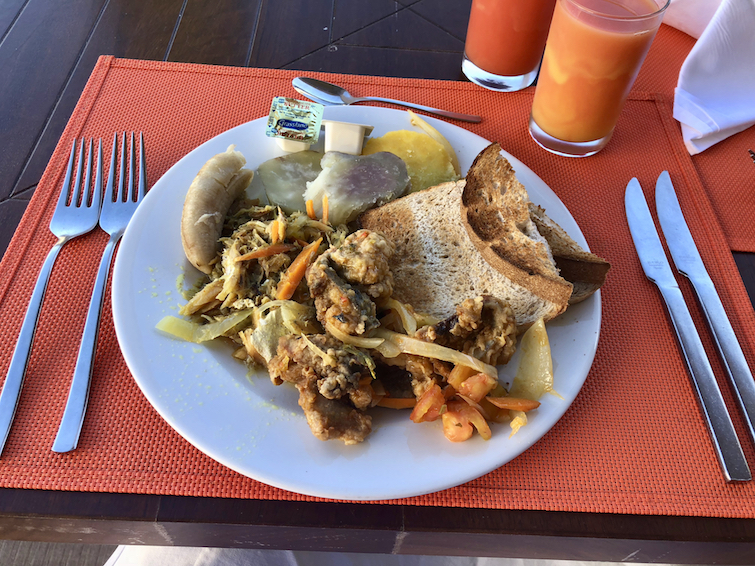 Thus, I would recommend hiring a car or getting a driver and making a day of visiting two or more of the communities hosting events. There are similarities but also differences in the lineup of events. Plus as you drive around Saint Lucia, you’ll get a good sense of the islandwide celebrations, as many villages and towns, not just those selected as an official host, organize their own events. It is really like July 4th celebrations in the United States, where family and friends come together wearing traditional dress and enjoying traditional food, music, and folklore.

Beyond sampling the local food dishes, you might also be able to watch food demonstrations as well as traditional practices, including men sawing wood with an old fashion saw. There is also sure to be some drummers walking through the crowd as drumming is a major part of Creole culture.  A highlight will also be the many musical and dance performances from groups wearing colorful costumes and traditional dress. 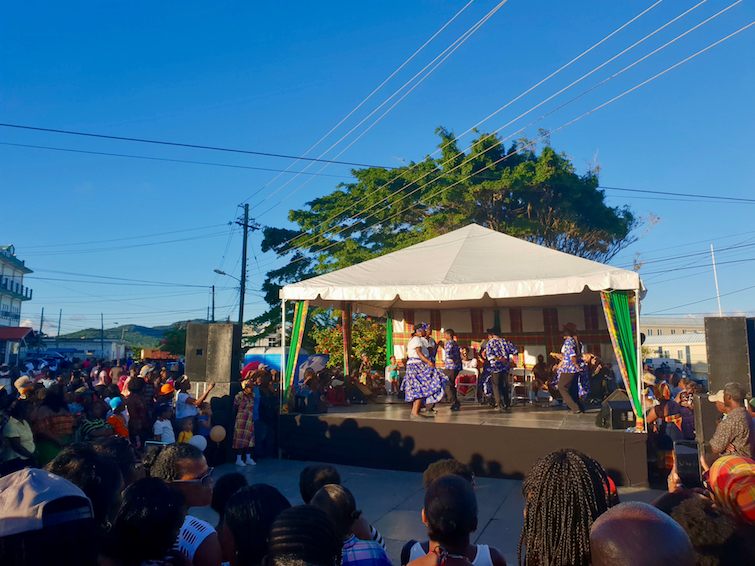 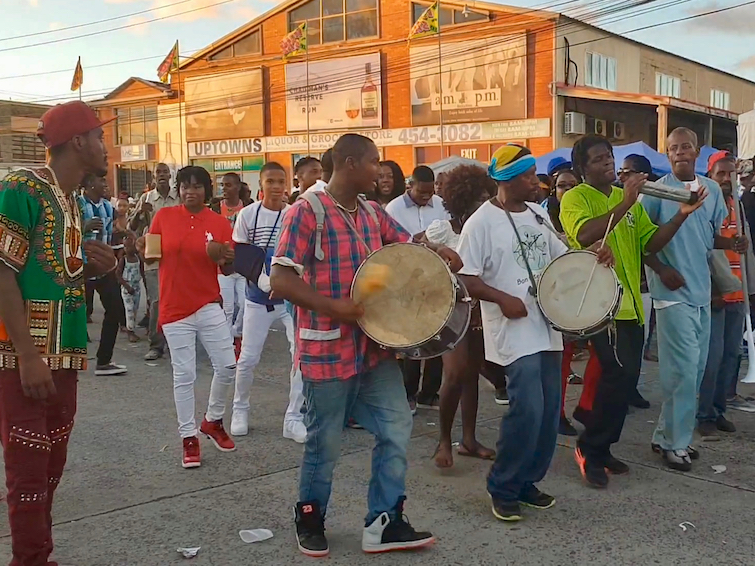 Drummers walking through the crowd at Creole Day in St Lucia celebrations. 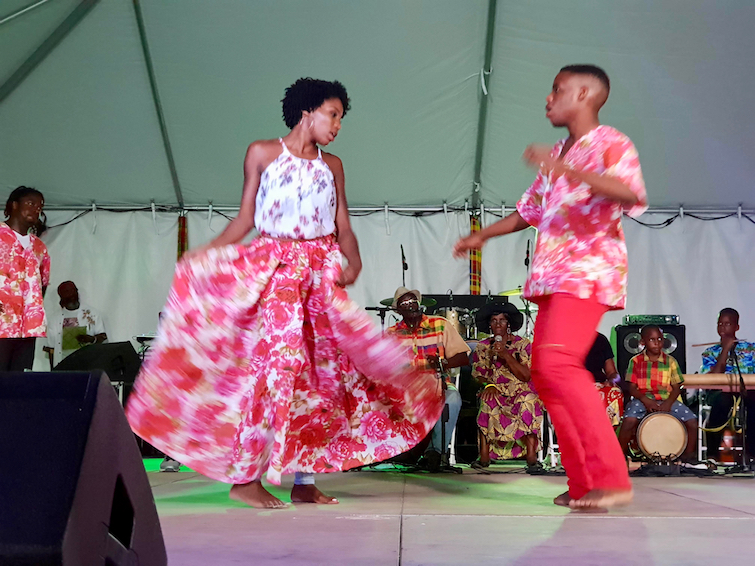 Speaking of traditional dress, as you wander through the crowd, be on the lookout for people wearing the Saint Lucian national dress also known as the Madras or Jip. It mimics the Wob Dwiyet a grand full dress that was worn by African slaves and is inspired by what the female plantation owners wore. I must admit that because of the connection to slavery, I was more pleased to see many people wearing a modern take instead of the more formal national dress.  Many were also dressed in a wide variety of African prints. 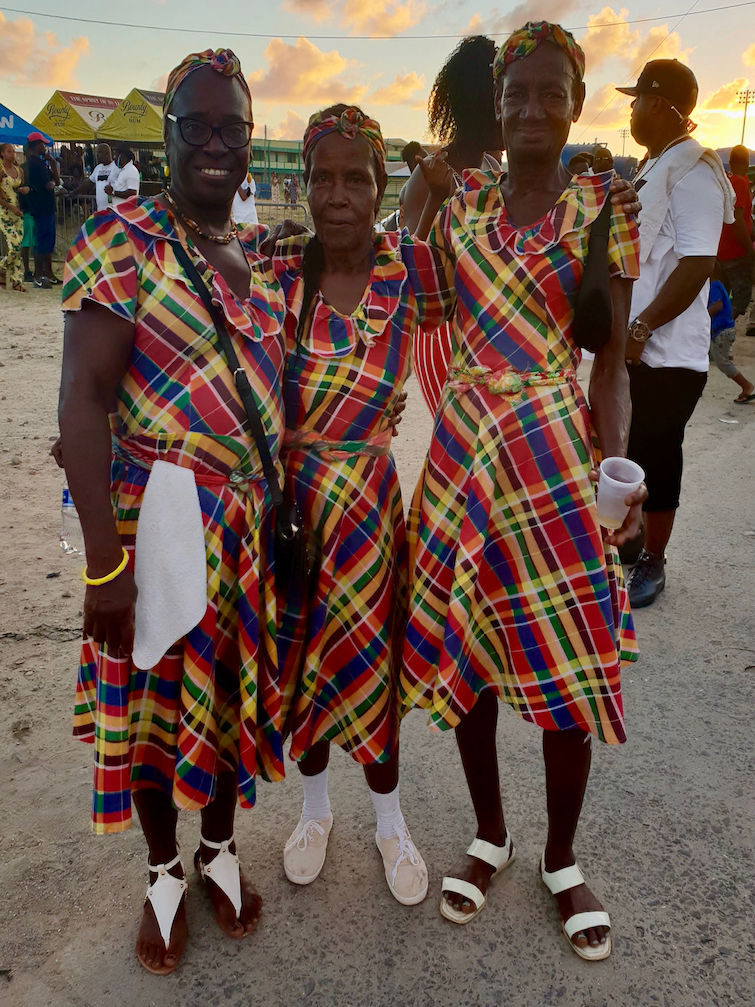 A group of three women wearing a modern take on the Saint Lucian national dress. 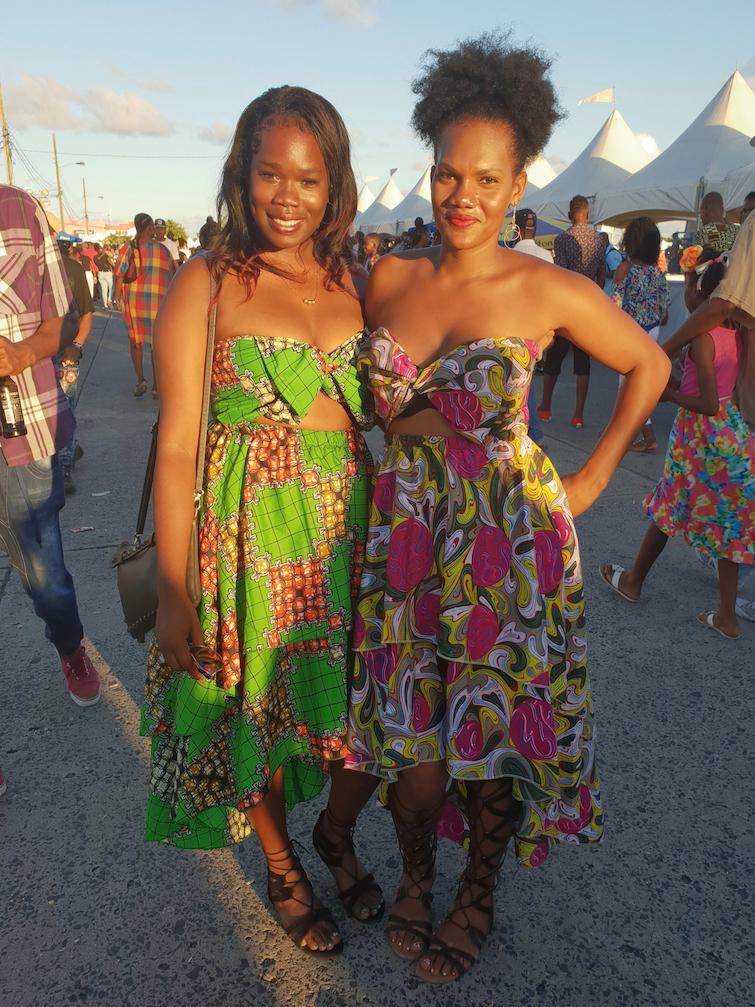 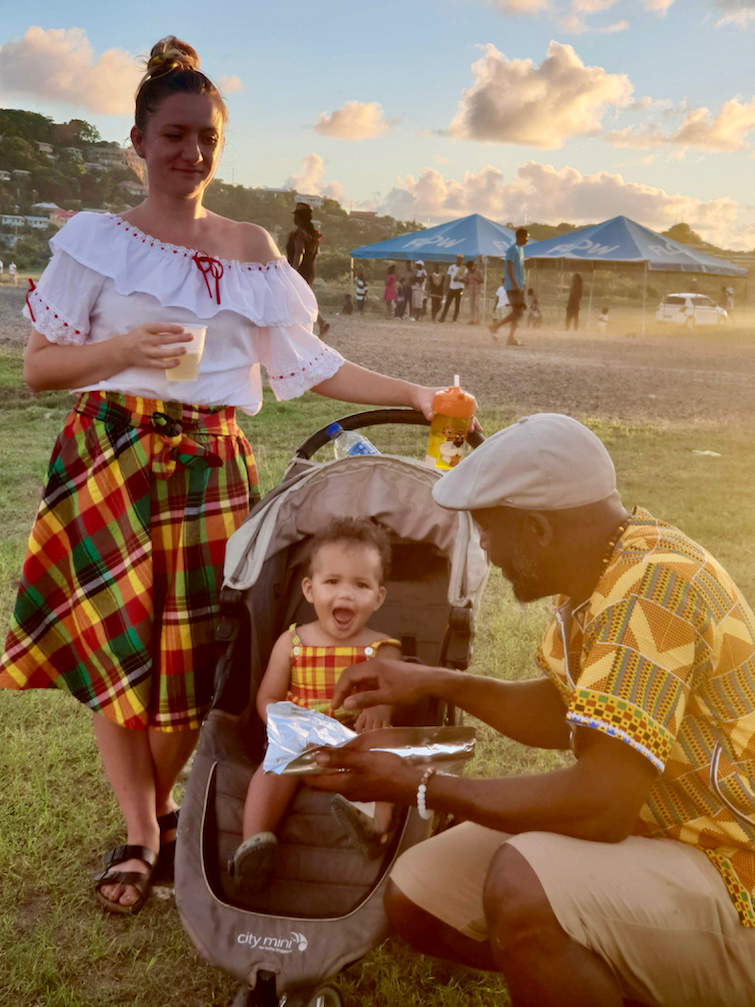 Another standout in the crowd will be one of the designated Queens of Creole Heritage Month. Contestants who enter are typically over 50 years and have to demonstrate their knowledge of Creole history, culture, and language, along with performing a related Creole talent. 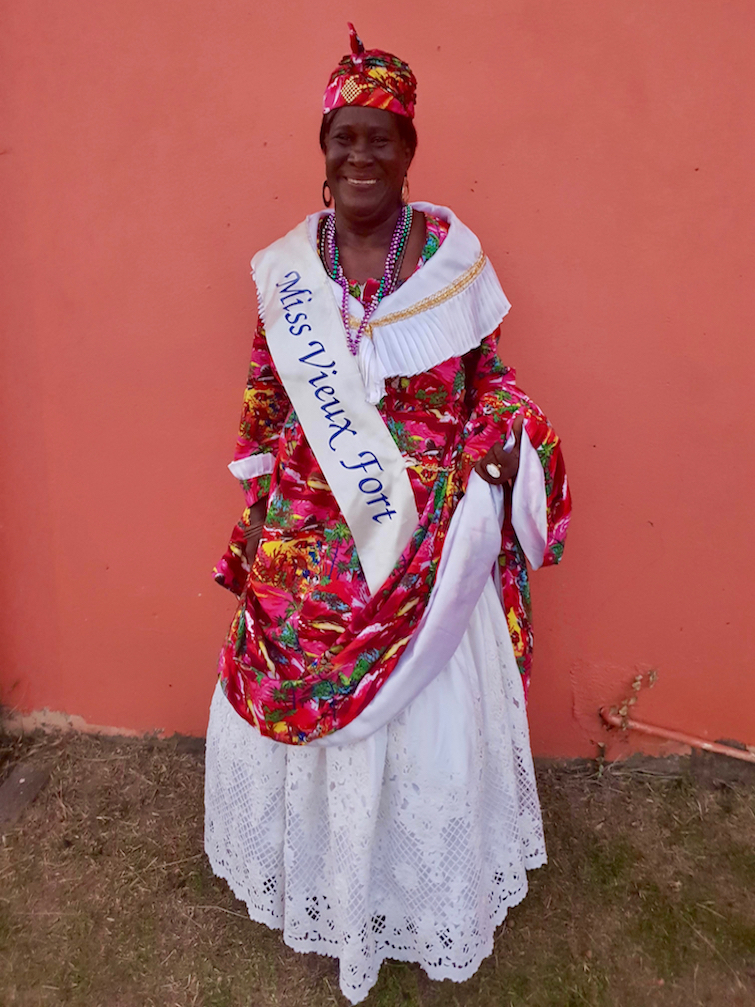 Attending Jounen Kwéyòl aka Creole Day celebrations in St Lucia is an excellent introduction to the island’s rich history, culture, and heritage. It is also the largest celebration of Creole culture in the Caribbean. So if you are a fan of cultural celebrations, add Creole Heritage Month in Saint Lucia, particularly the Jounen Kwéyòl, aka Creole Day celebrations, to your bucket list! I know I can’t wait to return and experience more of the food and festivities. For more information about experiencing Creole Day in St Lucia, visit the Saint Lucia Tourism Authority website. Also, check in with the Folk Research Center.  Finally, check out these top ten things to do in St Lucia when planning your trip. 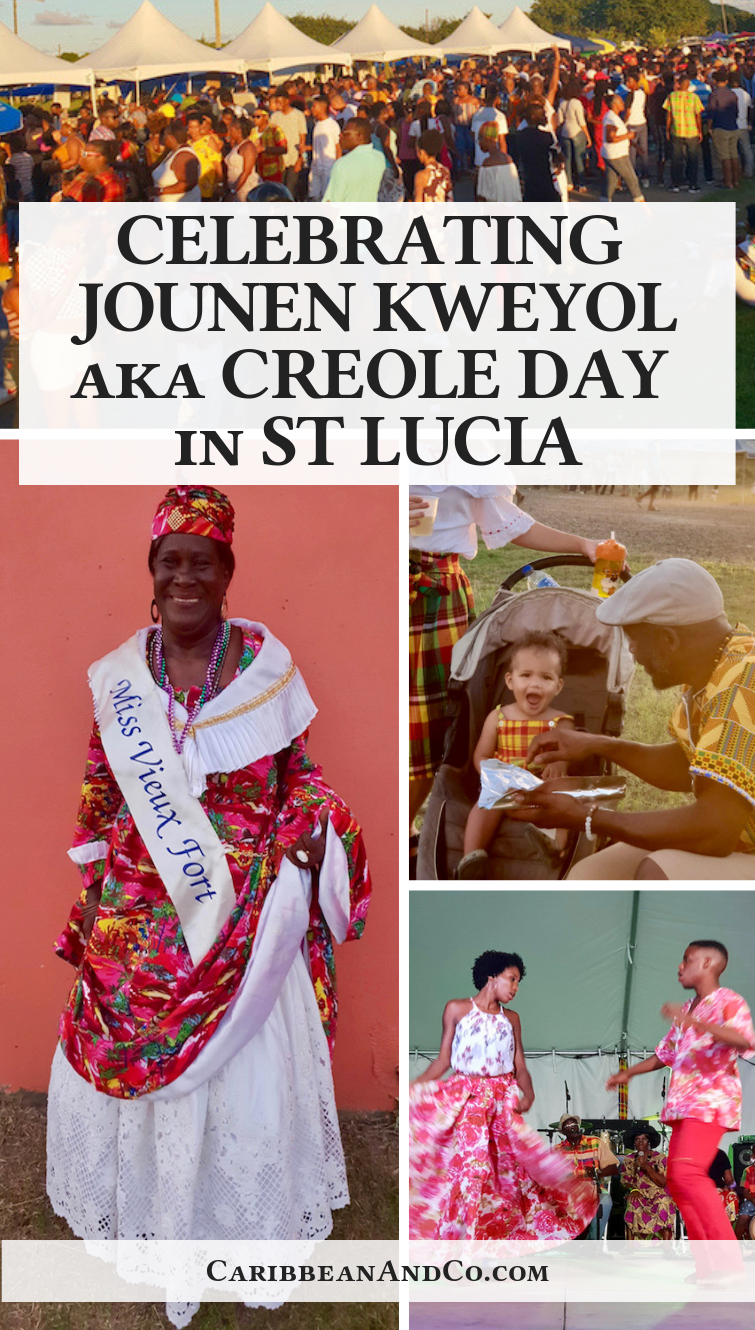 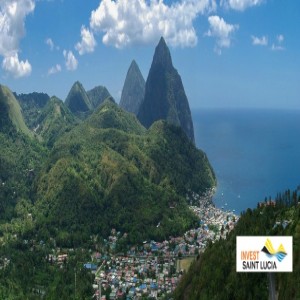 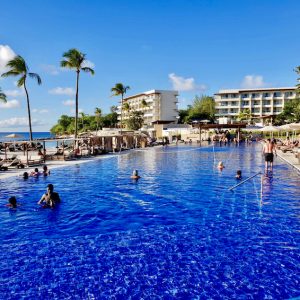