Across the globe, there are 1,121 United Nations Educational, Scientific, and Cultural Organization (UNESCO) World Heritage Sites. These places are deemed to have cultural or natural significance and should be preserved for future generations. As there are ten different criteria to be met before a site can be listed, it is a tremendous honor for each UNESCO World Heritage Site. Not surprisingly, being listed brings about extra media attention plus thousands if not millions of tourists each year.  This bodes well for the local economy, provided that sustainable tourism is practiced. With this in mind, UNESCO World Heritage Sites in developing countries, including those in the Caribbean, can apply for a preservation grant to help with the maintenance and upkeep.

Historical Sites in the Caribbean

The Antigua Naval Dockyard was originally a British naval yard established in 1720, and it is actually more commonly referred to as Nelson’s Dockyard.  The narrow, deep bays are surrounded by hills, making it a haven during war and hurricanes. The British Army added hospitals, barracks, and other infrastructures. Abandoned as a British outpost in 1889, Antiguan seamen and boat builders used the site for the next 50 years. Nelson’s Dockyard is now a protected area, the premiere National Park of Antigua and is managed as a heritage tourism site. 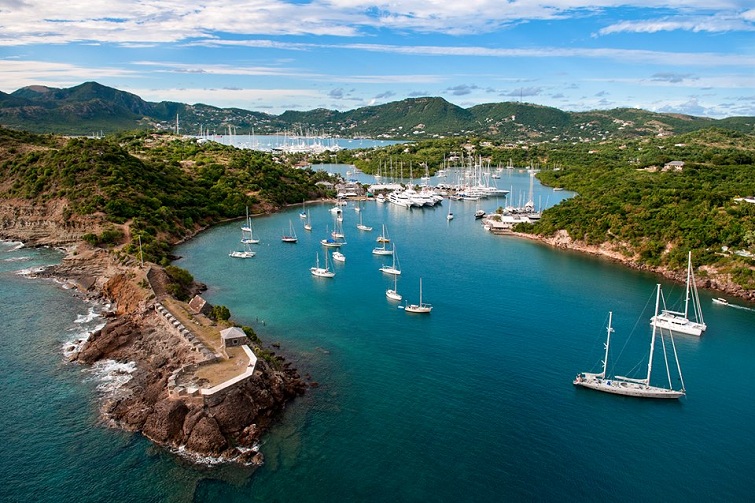 Historic Bridgetown and its Garrison (Cultural, 2011)

Using a serpentine layout instead of a grid, historic Bridgetown and nearby Garrison show off the well-preserved town’s many colonial 17th, 18th, and 19th-century buildings. As one of the earliest towns with a fortified port in the Caribbean network, it became a major passageway for the trade of sugar and enslaved persons destined for the Americas.

World Heritage Status was awarded to this area as is the largest barrier reef in the northern hemisphere, including offshore atolls, several hundred sand cays, mangrove forests, coastal lagoons, and estuaries. Threatened species, including the American marine crocodile, manatees, and marine turtles, make use of the system’s seven sites for their habitat.

The earliest settlement in the New World, St. George and its fortifications, was founded in 1612. Visitors can see artillery and the English military development from the 17th to the 20th century. In August of 1612, it was settled by 60 settlers, a governor, and a preacher.

Havana, once the main Caribbean ship-building center, has now become home to over 2 million people. In Havanna, there is an eclectic mix of wrought-iron gates, private homes, and Baroque monuments from the old city center. Inner courtyards and balconies mark the influence of the Spanish, who settled the land in 1519.

In the 16th century, Trinidad and the Valley de Los Ingenios were built to give honor to the Holy Trinity. When the sugar trade became a booming business and the inhabitants were wealthy in the 18th and 19th centuries, places like the beautiful Palacio Brunet and Palacio Cantero were built.

San Pedro de la Roca Castle in Santiago was originally built to protect the port of Santiago. The fortified buildings built on the rocks were meant to be a defense against rivaling adversaries. The bastions, magazines, batteries, and forts are now a well-preserved complete example of Spanish-American military architecture based on Italian and Renaissance design principles.

See limestone cliffs and terraces formed by tectonic plate shifts in the Desembarco del Granma National Park. Here waterfalls plummet over the limestone. The high cliffs are some of the most impressive cliffs in the western Atlantic. The seascape offers caves, canyons, and giant sinkholes on the pristine multi-leveled limestone terraces.

Surrounded by mountains, Vinales Valley hides away centuries-old civilizations where farming tobacco is still done by hand. Tobacco is dried on wooden racks. The farmers use several different ethnic languages heard in their music and crafts. The Pan de Azucar is a reminder of where slaves learned different trades.

Archaeological Landscape of the First Coffee Plantations in the South-East of Cuba (Cultural, 2000)

For a look into the agriculture, economic and social history of the Caribbean, visit the Archeological Landscape of the First Coffee Plantations in the southeast of Cuba. Here people can tour the remains of the 19th-century coffee plantation. A clearer understanding of the farming methods is visible on this site.

With Complex geology and varied topography, Alejandro de Humboldt National Park is one of the most biologically diverse island sites on earth. Here, plant species have adapted to harsh conditions such as trade winds and toxic rocks by evolving into new species of plants. This site is one of the best-preserved forested mountain ecosystems in the Caribbean.

Once a colonial town settled by the French but founded by the Spanish, the Urban Historic Centre of Cienfuegos is situated in the heart of sugar cane country. Sugarcane, coffee, mangos, and tobacco are grown here. Cienfuegos was also the first place to use hygiene and order in its urban planning as developed in Latin America from the 19th century.

The Historic Centre of Camaguey allows visitors to see a colonial town laid out in large and smaller squares, irregular blocks, and snakelike alleys. European influence is evident in the traditional construction techniques used by the builders. Neo-colonial, art deco, eclectic and rational styles are showcased in the city center property.

With Spanish, Portuguese, and Netherlands influence, Willemstad bloomed from a trading settlement to a modern town. See the four distinct historic districts separated by water and the natural harbor where it all began. Within the districts are complicated alleys and open layout streets, and gorgeous English architecture.

Morne Trios Pitons National Park has it all. Volcanic fire, boiling lakes, hot springs, deep valleys, and freshwater lakes are just a few reasons this is a combination of natural features that scientists love to explore. 50 fumaroles and huge biodiversity add to the lure of this tropical wonderland that is nearly 7,000 ha.

The enslaved Africans who gained their freedom built monuments that marked Haiti’s independence in the National History Park. Here the Citadel, Ramiers, and Sans Souci stand to remind all Haitians that their freedom was hard-fought and won back in 1804. The palace ruins are currently being restored.

The site encompasses a rugged and extensively forested mountainous region in the southeast of Jamaica, which provided refuge first for the indigenous Tainos fleeing slavery and then for Maroons (formerly enslaved peoples). Focused on sustainable tourism, the area now has accommodation facilities, tours, bird watching, hiking trails, campsites, etc.

Built between the 15th and 19th centuries, the defensive structures now awarded World Heritage Status was used to protect the city and the Bay of San Juan. They are thought to be a fine display of European military architecture adapted to harbor sites on the American continent.

Built using slave labor and British design, Brimstone Hill Fortress National Park stands as a well-preserved reminder of the slave trade and the expansion of European colonies into the New World. 17th and 18th-century military architecture is on display in this beautiful national park. 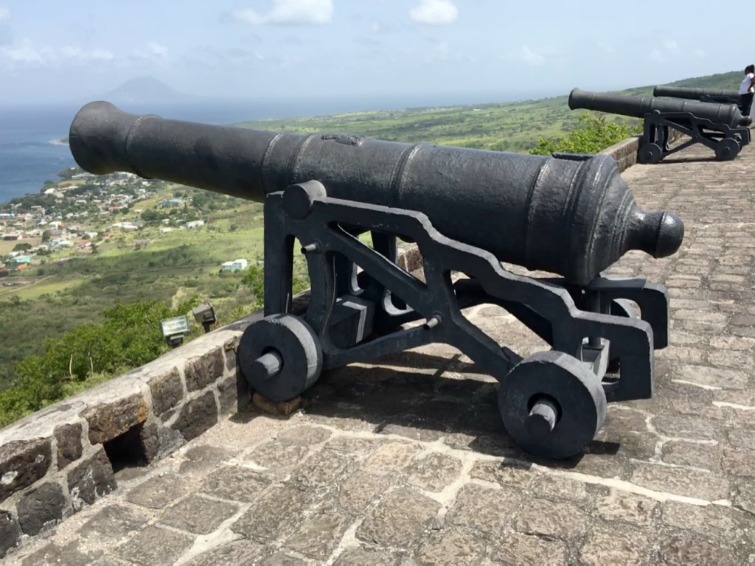 A geothermal field and ridge link two volcanoes in Pitons Management Area. Sulfur-seeping fumaroles and hot springs dot the field. With coral reefs in the marine area and Gros and Petit Piton hiding numerous plants and animals and eight rare tree species, this is a nature-lovers paradise.

Guiana Cock-of-the-Rock, giant armadillos, and giant river otters can all be found in the Central Suriname Nature Reserve. Montane and lowland forest and over a million ha of the primary forest allow a high diversity of plant and animal species to flourish. There are 5,000 vascular plants and 400 bird species.

A Dutch colonial town in the 17th and 18th centuries, the Historic Inner City of Paramaribo still has its original street plan. Dutch architecture and local materials formed new architectural styles. Located on the northern coast of South America, Paramaribo is a unique blend of the Netherlands and indigenous cultures. 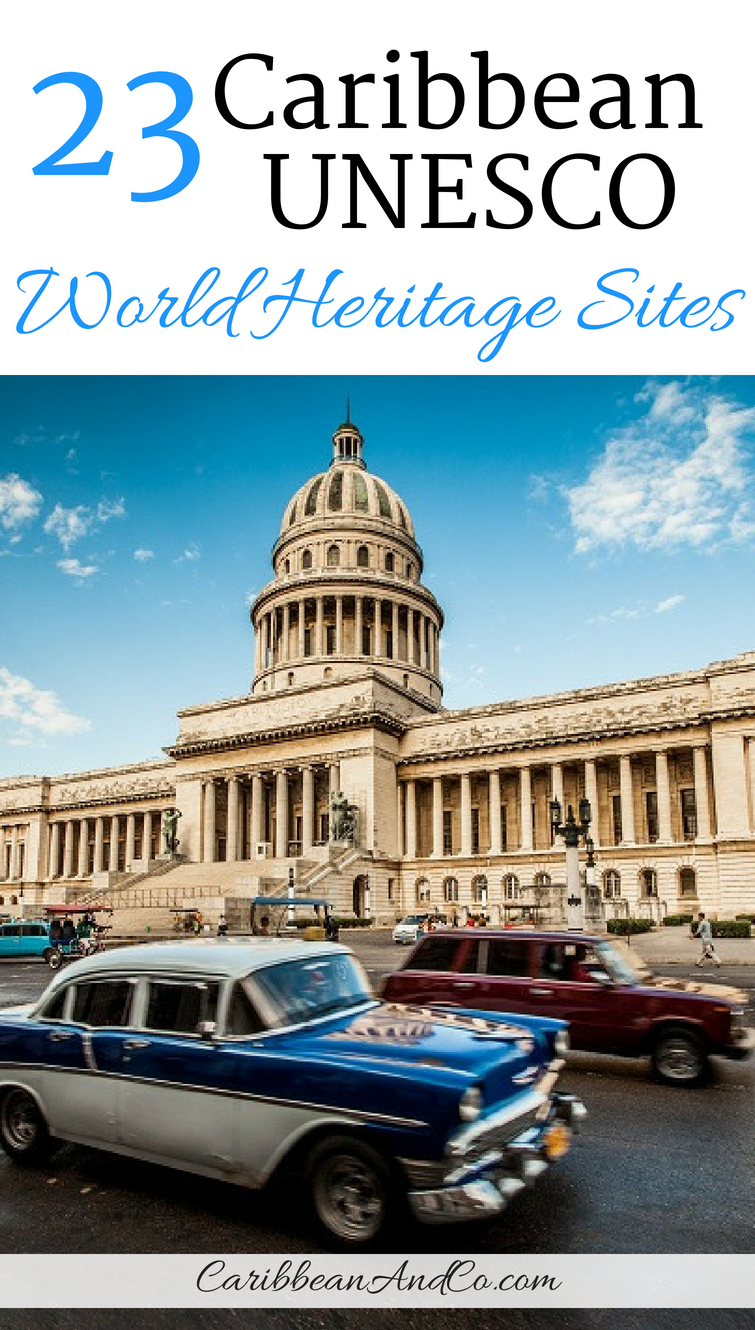 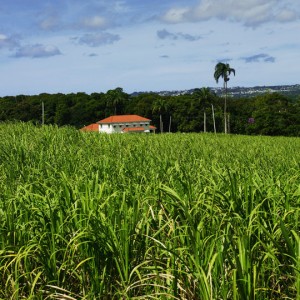 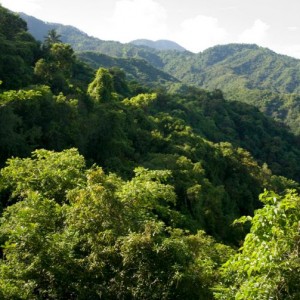 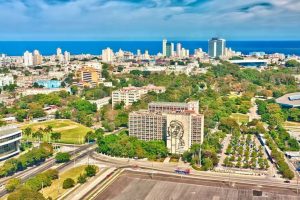