Selecting the Top 10 all-time athletes in Caribbean history was a task. First, it required some extreme narrowing down. Only athletes from English-speaking countries were eligible, so those great baseball players from the Dominican Republic and standout boxers from Puerto Rico were not considered. Obviously, the list would be heavily weighted toward cricket and track and field, the two sports that produced the most stars in the region.

Then came the criteria. Tops on my list is international acclaim. How did these athletes perform against the best in the world? Other important factors were longevity, consistency and influence. Hasely Crawford became an icon in Trinidad by winning the 100 meters at the 1976 Olympics in Montreal, but he did little else after that and didn’t make my Top 10.

Jamaica has a stockpile of legendary track stars, from Arthur Wint and Herb McKenley to Veronica Campbell-Brown and Juliet Cuthbert. But with a list of only 10, some tough decisions had to be made.

Patrick Ewing (Jamaica) had a Hall of Fame basketball career but failed to win a title and also narrowly missed the list. Track stars such as Linford Christie and Donovan Bailey were born in Jamaica but competed for other countries.

This Top 10 will surely generate debate, and that is healthy. I researched, consulted with a lot of people whose knowledge I respect, then researched some more. Without further ado, here’s my Top 10: 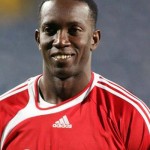 There have been many talented soccer players from the Caribbean, including Allan “Skill” Cole of Jamaica and Trinidad’s Russell Latapy and Stern John, but none is as accomplished as Yorke. Nicknamed “The Smiling Assassin” for his jovial demeanor, Yorke’s international career – mostly in the English Premier League – lasted 20 years, as he scored 73 goals for Aston Villa and 48 for Manchester United. He also played for Blackburn Rovers, Birmingham City, Sydney FC and Sunderland. Yorke was capped 72 official times for his home country and helped lead Trinidad & Tobago to a berth in the 2006 World Cup in Germany. 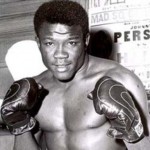 Griffith fought as a welterweight and middleweight from 1959 to 1977, compiling a record of 85 wins, 24 losses, 2 draws and 1 no contest. He is most remembered for a 1962 bout against Benny “The Kid” Paret, who died 10 days after a savage beating from Griffith. Although Griffith fought for 15 more years, friends said he was never the same, and Griffith admitted he was not as aggressive with opponents because he feared killing another fighter in the ring. Julian Jackson, also of St. Thomas, also enjoyed a stellar boxing career, but Griffith gets my nod. 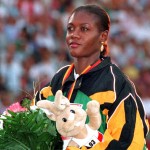 One could argue that Ottey probably shouldn’t be in the Top 10 because she never won Olympic gold. “The Bronze Queen” could defeat opponents with ease on the normal track circuit, but when it came to big events, she would often disappoint. Nonetheless, Ottey’s legend remains secure. She won gold in the 200 meters twice at the World Championships (1993 and 1995). She later stopped competing for Jamaica and moved to Slovenia. In 2012, at age 52, she anchored the Slovenia 4×100 relay team at the European Athletics Championships. Now 54, she remains in great physical shape and is still not officially retired. 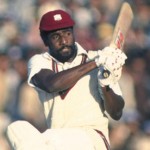 The “Master Blaster” is considered one of the most feared batsmen in cricket history. Determined and aggressive, he demoralized bowlers around the world and is synonymous with the dominance of West Indies cricket in the late 1970s and 1980s, once scoring a Test century off just 56 deliveries. He helped West Indies win World Cups in 1975 and 1979 and is the most successful captain in team history. His country has lauded him with many accolades, including naming Antigua’s cricket stadium after him. 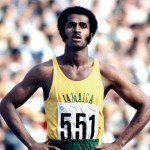 Quarrie was 0.02 seconds from pulling off a sprint double in the 1976 Olympics in Montreal. He won gold in the 200 meters, but was nipped by Trinidad’s Hasely Crawford in the 100 meters. He was plagued by injuries early in his career but was dominant when healthy. From 1970 to 1978, Quarrie won a combined nine gold medals in the Commonwealth and Pan American Games. A statue of Quarrie was erected outside Jamaica’s National Stadium, and a high school in Kingston bears his name. 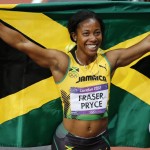 Fraser-Pryce is the anti-Merlene Ottey. Only 5 feet tall, she comes up big in big races. Still in her prime at age 27, Fraser-Pryce is the two-time defending Olympic champion in the 100 meters (she and former U.S. sprinter Wyomia Tyus are the only women to win the 100 in consecutive Olympics), and she also has five golds in the World Championships (including relays). She has adeptly taken the mantle from Veronica Campbell-Brown as Jamaica’s top female sprinter and has excelled against top competition from the United States, Europe and even her fellow countrywomen. And the best may be still to come. 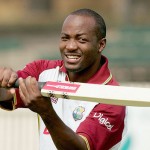 Lara holds several marks that may never be matched. For one, he is the only batsman to score 100, 200, 300, 400 and 500 in first-class cricket. Arguably the most entertaining batsman in West Indies history, Lara took the torch from Viv Richards and carried the burden as the Windies fell from the top of the world rankings in the 1990s and 2000s. He was a nightmare for opposing bowlers and captains, who knew that, once in form, Lara could change the course of any match. 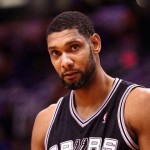 Duncan actually wanted to be an Olympic swimmer, but Hurricane Hugo put an end to those plans when it destroyed the only Olympic-sized swimming pool in St. Croix in 1989. Duncan then turned to basketball, and was awkward at first. But he earned a scholarship to Wake Forest University and worked on his game. In 1997 he was drafted by the NBA’s San Antonio Spurs, the team for which he still plays. He is widely considered the best power forward in NBA history and this year led the Spurs to their fifth championship since he joined the team. 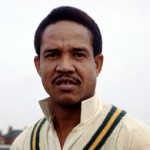 Sobers is simply the best cricket player in the history of the West Indies and is considered by many experts the best all-rounder in cricket history. He was equally adept at batting, bowling and fielding and was considered a cricket genius during his career from 1952 to 1974. He scored 365 runs in a Test match in 1958 (a mark later broken by Lara) and once hit six sixes in an over in a first-class match. He was knighted in 1975 for his services to cricket. He also excelled at golf as further proof of his athletic prowess.

Bolt is the most dominant sprinter in history, surpassing Jesse Owens and Carl Lewis. At age 27, his accomplishments are mind-boggling: Six Olympic gold medals, eight World Championship gold medals (it would likely be nine had he not false-started in the 100 final in Daegu in 2011). His impact internationally has been immeasurable, and he has avoided the dreaded drug rumors that have ruined other sprinters. Bolt says he plans to run in the 2016 Olympics in Rio. If he pulls off another sprint double, his place in track history might never be surpassed. 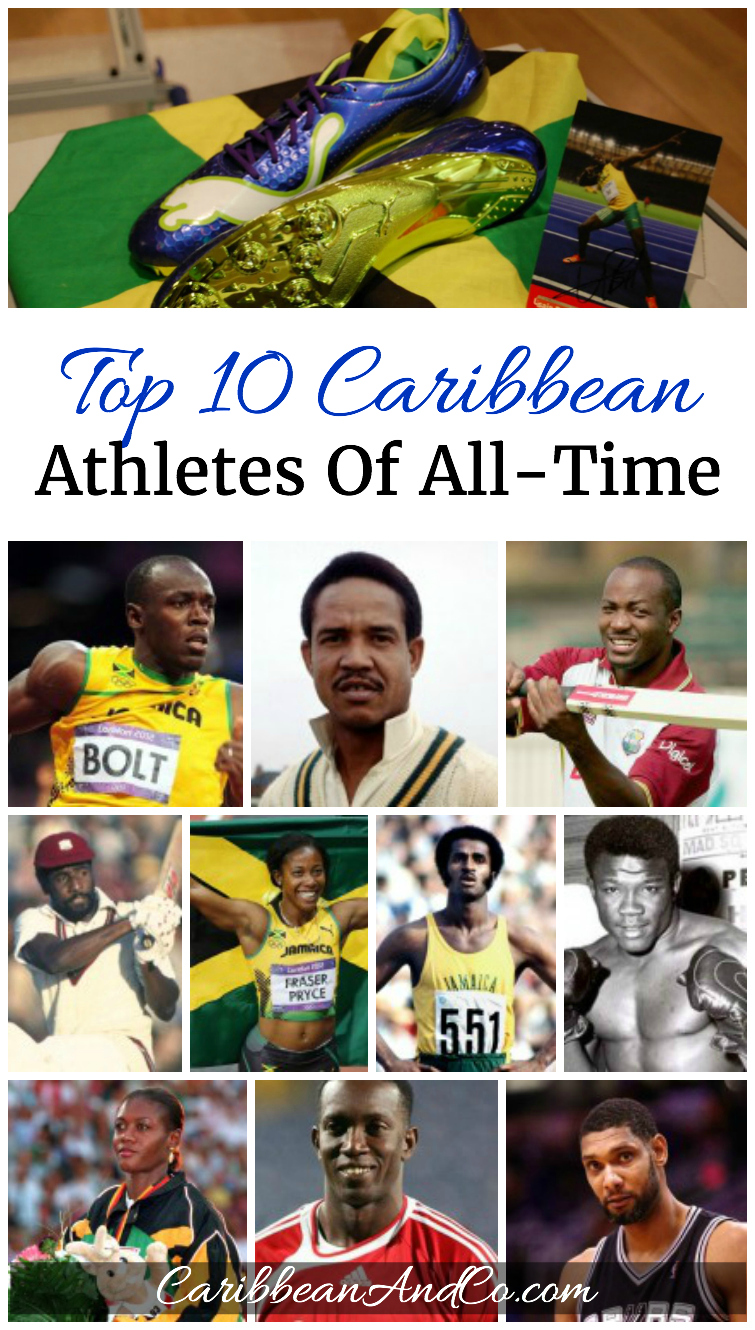 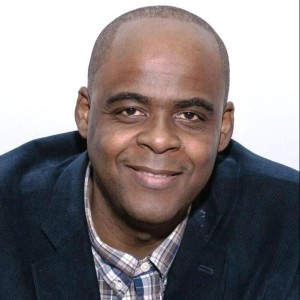 Edwin Martin
Edwin Martin is a native of Montserrat who resides in Florida. He holds a Bachelor’s degree in print journalism from Florida International University and has worked at the Miami Herald since 1986 as a reporter, editor and online producer.
More Post