Just like their male counterparts these ladies understand that soca is about raising the musical bar, good times and living life. Here are seven female soca artists that are doing just that.

Claudette ‘CP’ Peters changed the soca game forever in Antigua & Barbuda when she inked an endorsement deal with Digicel in 2006 and another in 2011 with APUA valued at about $160,000. The former lead singer of Taxik and Da Bhann is a repeat winner of the party and groovy monarch titles at Antigua & Barbuda’s annual carnival. Now focused on her international career and raising her family CP knows how to liven up a crowd with her infectious husky sound. Just be careful not to lose your shoes as she usually does by the time she leaves the stage.

Fay Ann Lyons-Alvarez is the only woman to have won Trinidad & Tobago’s Carnival Road March crown three times. Her father Superblue, a legend with nine Carnival Road March titles and seven Trinidad Soca Monarch wins, was instrumental in honing Fay Ann’s skills as a songwriter and performer. Active on the soca circuit since 2002, the singer/songwriter/producer is married to fellow the Viking Ian Alvarez aka Bunji Garlin. Recently signed to VP Records on a multi-album deal, the mother of one, is seeing her star shine brighter than ever on the international soca scene.

She’s been patiently waiting her turn at the mike, paying her dues since 2003. Considered one of the region’s rising soca stars, Jadine ‘Soca Deva’ Greenaway is the consummate performer. With hits like Don’t Call My Phone and Dibble Dabble, this Montserratian-born songstress has been making a name for herself in the company of Third World and Leon, under the Vicrae Management family.

With hits such as Independent Lady, Max it Up, It’s Carnival and Good Love, Destra Garcia is taking her brand and unique blend of soca to the world. This high-energy performer is considered the Queen of Soca, regularly claiming top billing alongside her male counterparts such as Machel Montano and Kerwin Dubois. Her sound, a fusion of rock, soca rhythms and East Indian beats, Destra’s passion for entertaining is evident from the first note.

In 2005, Alison Hinds’ hit Roll It Gal became the anthem of Caribbean women everywhere and a reminder to celebrate the fabulousness which is the female form and mind. Hailing from Barbados, Alison was the front-liner for Square One right out of high school until she took a break to start a family. When she returned to the scene as a solo artist she proved and continues to show that soca circuit is incomplete without the women singing lead.

One of the youngest females on the soca scene, Patrice Roberts began her singing career at the age of eight. She has made a name for herself as a calypsonian, winning a junior calypso monarch crown in 1995. Now as part of Machel Montano’s HD family, Patrice is making waves and belting out power tracks such as Tempa Wine, Bump & Grind with Tian Winter, and A Little Wine.

The leader of the first all-female Soca band SASS, Nadia Batson is one of the most consistent entertainers in the soca industry. Before taking centrestage with Kes the Band, Nadia had built a reputation behind the scenes as a songwriter, producer and one of Trinidad & Tobago’s most sought-after background vocalists. She’s penned hits for Michelle Sylvesters, Barry Chandler (lead singer of the band Jabae), who copped the Party Monarch and Road March titles in Barbados, and Antigua’s El A Kru lead vocalist Tizzy. 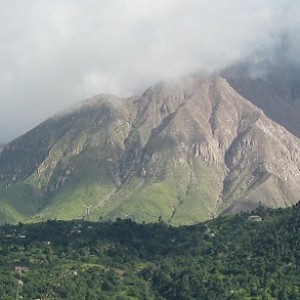 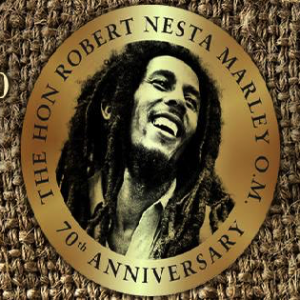 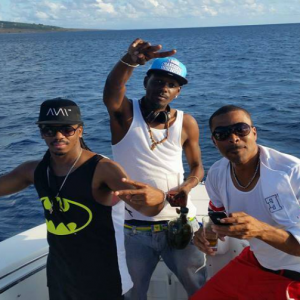