Jamaica: The Birthplace of James Bond

Ian Fleming might not have known that the allure of spy Agent 007, the character he created in 1953 would last for more than half a century. Or that over 60 years later, fans would be anticipating the release of the 24th James Bond film. Spectre, starring Daniel Craig, is scheduled to be released in late 2015. 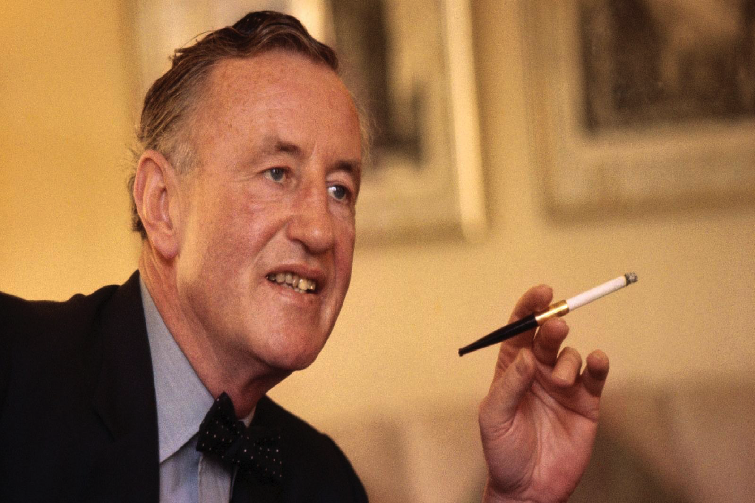 The super spy, James Bond, and his creator Ian Fleming are inextricably tied to the Caribbean island of Jamaica. Fleming fell in love with the island paradise after a brief stop as a naval officer during the war in 1943 and decided right then and there that he would return and make it his home. It was at his Goldeneye home on Jamaica’s northeast coastline where he was inspired to write more than a dozen Bond books. The home was built on 15 acres of land purchased in 1946, and Fleming went on to pen the first book, Casino Royale published 13 April 1953. With the success of Casino Royale, he then went on to write and publish another 13 books chronicling the adventures of spy Agent 007. 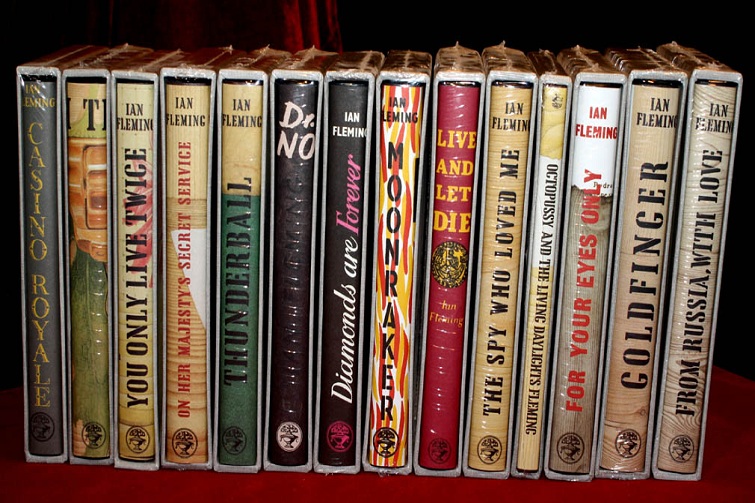 In those days, the island was known more for its sugar and banana than as a tourist attraction. As time went on, perhaps partly due to the popularity of his books and the Bond films later on, more tourists became aware of Fleming’s paradise island. In 1961, ‘Dr No’ became the first of several Bond films shot in Jamaica. So too was ‘Live and Let Die’, ‘The Man with the Golden Gun’, and some parts of ‘Octopussy’.

Over the years the Goldeneye home, which gave birth to the world’s most famous spy, has attracted quite an impressive cast of celebrities the likes of Errol Flynn, Katharine Hepburn, Elizabeth Taylor, James Mason and Laurence Olivier. Goldeneye also has ties to Jamaica’s most famous export, Bob Marley, as it was bought in 1976 by Marley’s former manager Chris Blackwell. Blackwell, who founded the independent label Island Records in 1959, is credited with taking reggae music outside of the studios of Kingston and introducing the rest of the world to its captivating beats. He produced Bob Marley and the Wailers, and later Grace Jones and the Irish band U2. 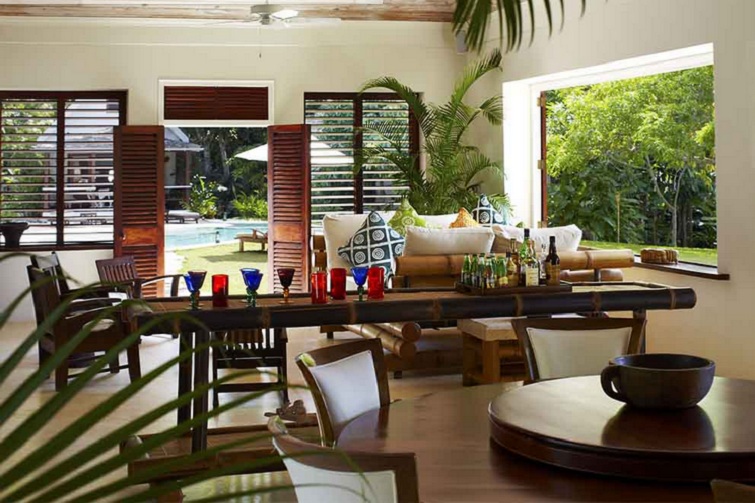 The Goldeneye Blackwell purchased was a 19 acre property situated only with Fleming’s villa. Since then, the property has grown into a prime 52-acre estate that is as appealing to visitors today as it was in the heyday of Fleming.

Located in the quiet, rural town of Oracabessa in St. Mary parish, Goldeneye is a cosy estate scattered with several villas alongside Fleming’s original dwelling. In his living room, visitors will see pictures of celebrities like Alec Guinness and former Bond actor Sean Connery playing around in the pool. Fleming’s desk where many of the books were written still remains in the house along with some of his other belongings. 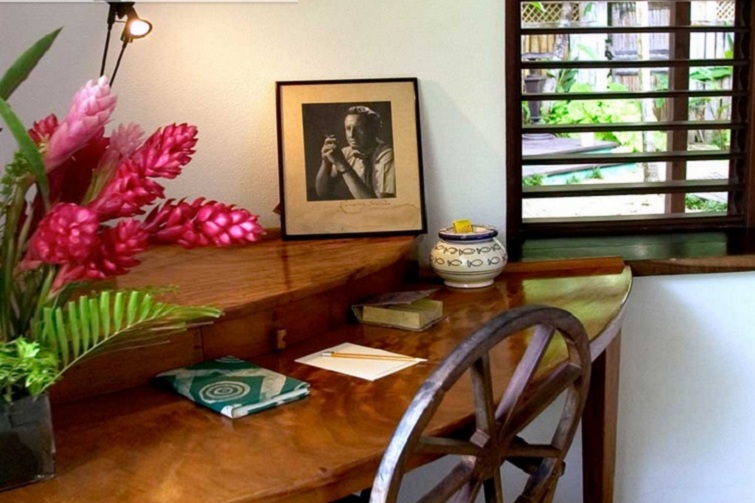 Outside in the yard sits the mango tree planted by another Bond actor Pierce Brosnan, the lime tree planted by Harrison Ford, and the royal palms planted by former President of the United States, Bill Clinton and his family. The restaurant overlooks the serene, crystal waters of the Caribbean Sea, painting a picture of the idyllic bliss that captured Fleming’s heart decades ago.

Goldeneye is still open today and warmly welcomes Bond enthusiasts or curious visitors to stay for a night or two. 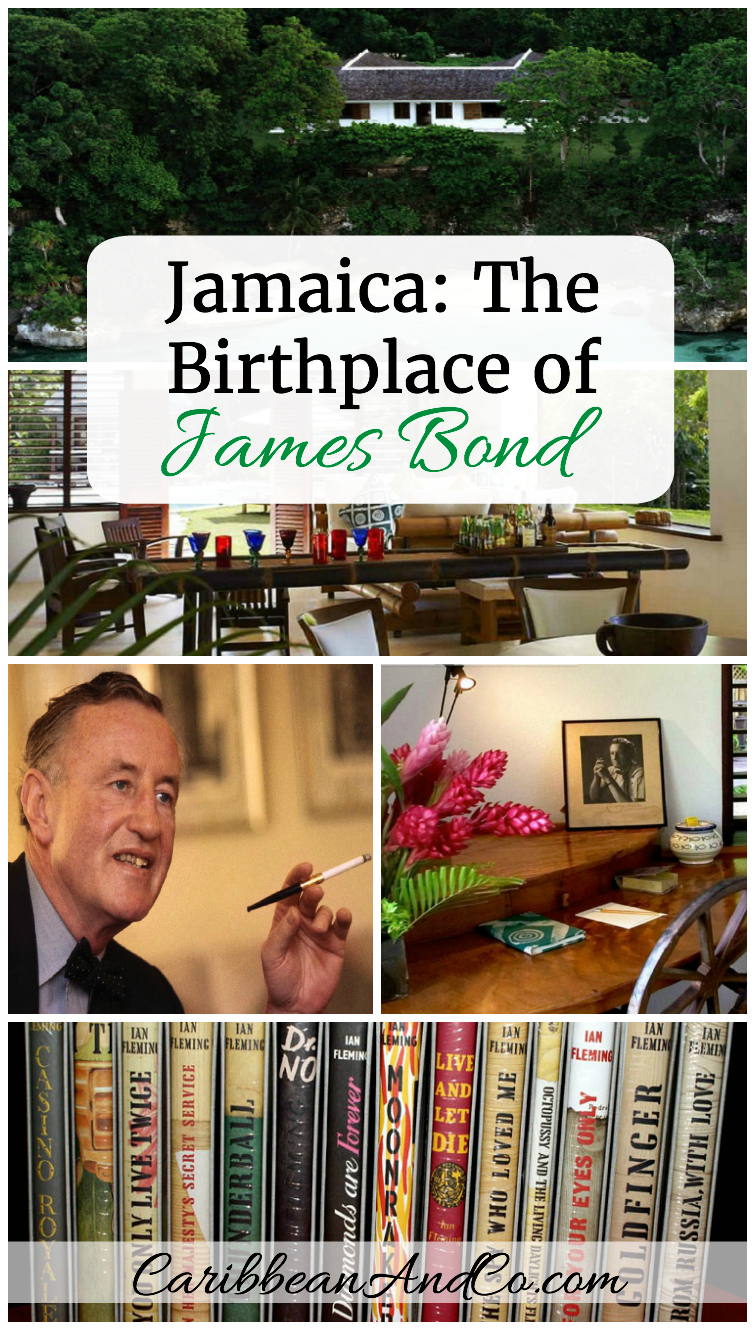 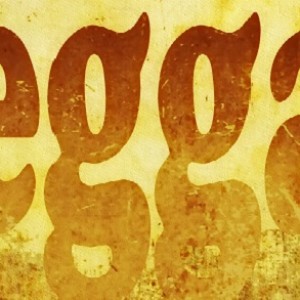 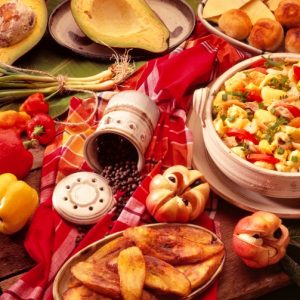 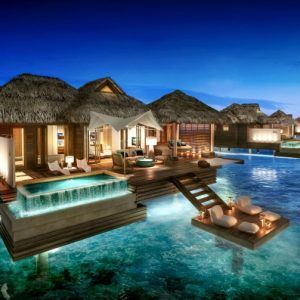