A record 30.1million stay-over tourists vacationed in the Caribbean region spending US$37billion in 2017, according to a recent report from the Caribbean Tourism Organization. This 1.7% growth over 2016 figures was lower than initially forecast but hurricanes Irma and Maria impacted fourth-quarter arrivals.

Other results from this record-breaking year for the Caribbean region which actually represents just 2.3% global tourism market includes:

*Several Caribbean countries reported double-digit increases in 2017 such as Saint Lucia (11%), Belize (10.8%), and Bermuda (10.3%), while the hurricane-impacted countries recorded decreases ranging from -18% to -7%.
* The primary source markets recorded growth including 14.9million from the United States and 5.8 million from Europe. Visits from the Canadian market rebounded in 2017, growing by 4.3% compared to a decline of 3.1% while South America dropped to 1.8million. 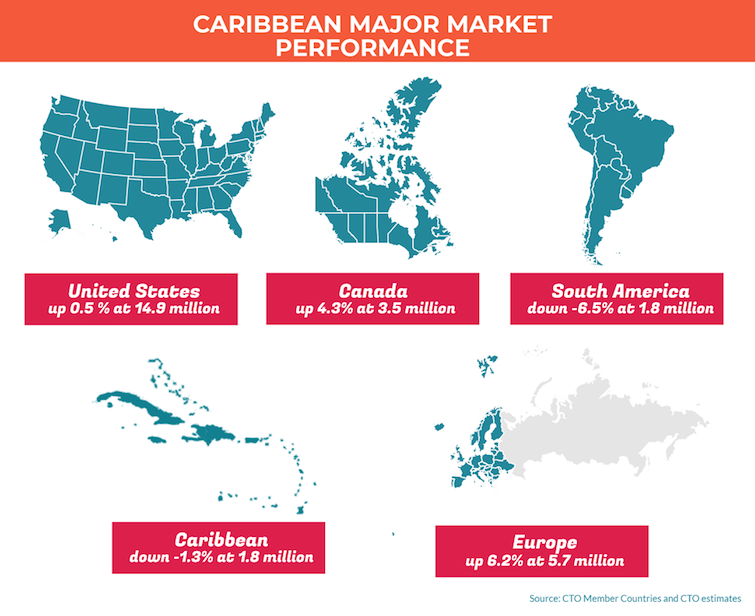 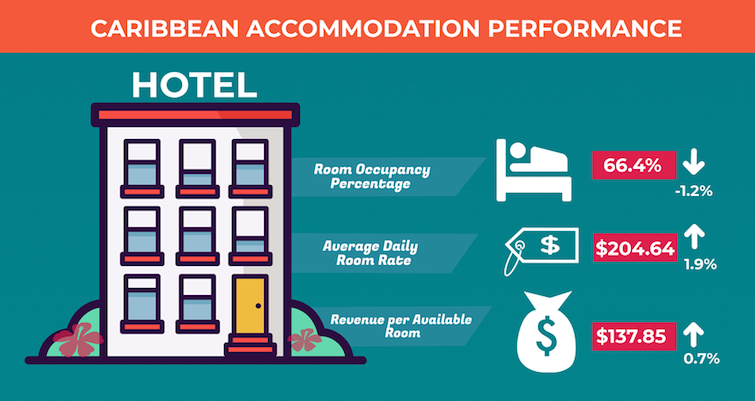 * Overall, stayover tourists in the Caribbean spent an estimated US$34.2 billion or US$1,230 per trip compared to US$1,129 per trip in 2016; and with more than 75% of Caribbean destinations now open for business after the hurricanes last September, growth for stay-over tourists in 2018 is projected to be between 2% to 3%. Similar growth is expected for cruise passengers in 2018 which had 27 million visitors to the Caribbean region last year, which is 2.4% higher than recorded numbers in 2016. 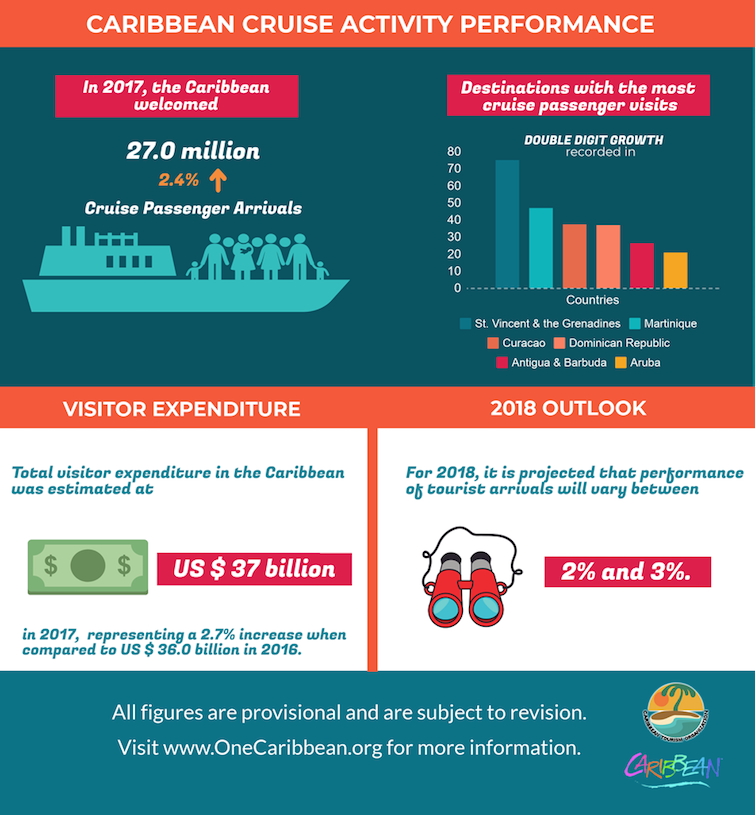 Top photo: Saint Lucia – Couples Dining Out with a view of the famous Pitons mountains in backdrop. Photo Credit: ©St Lucia Tourist Board.

Blessings for the start of another work week. La

There is so much happening in the world right now