Caribbean & Co. is about all things Caribbean, not just what’s happening in the region, but also in the diaspora. Thus, I’ve decided to make more of an effort to share Caribbean experiences from major source markets for the region including Canada, the United States and the United Kingdom where I currently reside. Thus, later this month I’ll be providing coverage on the Notting Hill Carnival in London which attracts over a million revelers each year making it the largest Caribbean carnival. In the meantime, sharing some of the best African Caribbean street art in London which has gone from simple tagging and graffiti to thought-provoking high art in recent years.

Where to find African Caribbean Street Art in London

The undisputed home of the Caribean community in London is Brixton where the first wave of West Indian immigrants settled after arriving on the Empire Windrush ship in 1948. Now seventy years on, Brixton still has a thriving Caribbean community, though gentrification is changing the neighborhood somewhat. Even with this change, Brixton is one of the best places to find African Caribbean street art in London. However, another area to consider exploring is trendy Brick Lane and Shoreditch in East London which is home to some of the best street art in London.

It should be noted that part of my inspiration for exploring to find the best African Caribbean street art in London was also taking part in a mobile photography exhibition with Samsung UK and Three organized by Traverse Events. Individually, I along with 50 other influencers tested the new Samsung Galaxy S9+ phone and had the pleasure of having one of our photos be included in a 2-day exhibition at the Herrick Gallery in Mayfair area of London. That said, below are some of the current best examples of the African Caribbean street art in London.

My Samsung Galaxy S9+ photo selected for display at the prestigious Herrick Gallery and indeed my favorite of the African Caribbean street in London discovered is this mural by Dale Grimshaw. Located at Village Underground a cultural hub in the Shoreditch area of London, the portrait is loosely based on a Surma tribeswoman from Omo valley, Ethiopia. So more African than the Caribbean, but I just love it. In particular, I adore the seriousness of her face, the intensity in her eyes and her hands which show a maturity beyond her years. Despite this intensity and seriousness, she comes in peace and love as represented by the red rose. 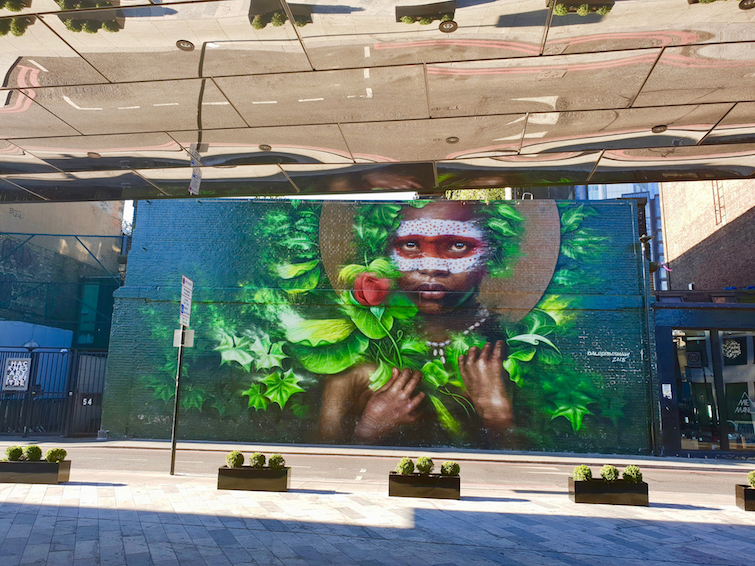 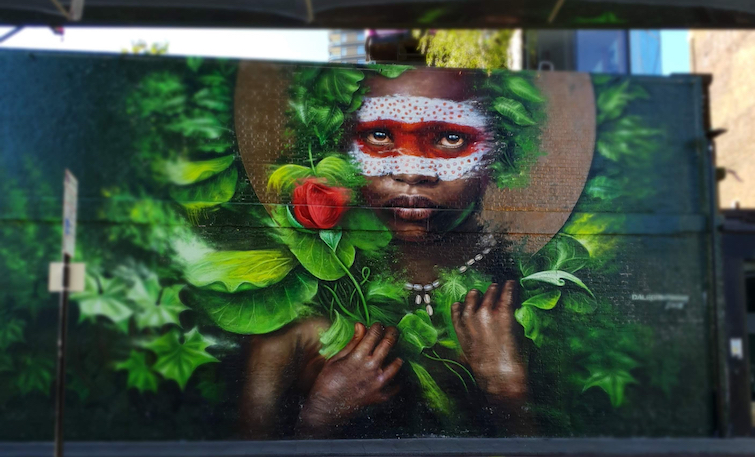 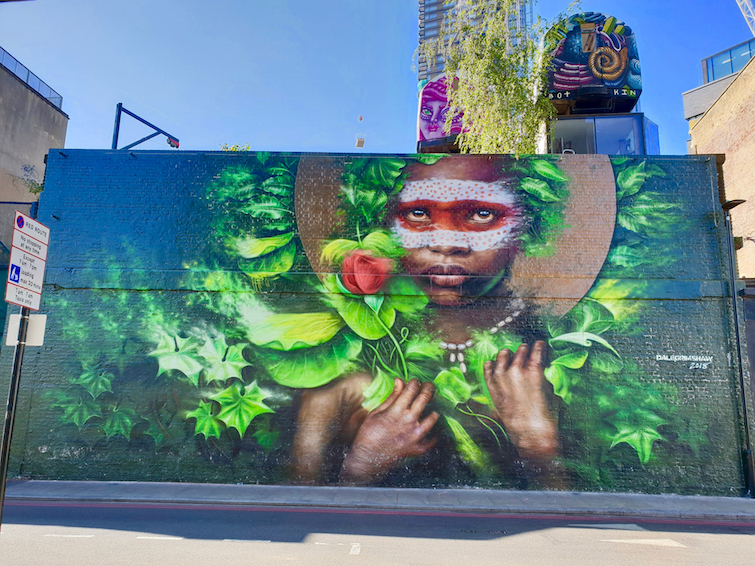 Another great find while in the Shoreditch area exploring for African Caribbean street art in London is this collaboration by Mr. Cenz and Love Pusher. Located on the wall at 25 New Inn Yard, just a few streets away from the Dale Grimshaw mural above, this street art mural is titled: “Feel The Future.” Mainly, she stares down at her ball and realizes that her future is actually “all in her own hands” which is a powerful message and a reminder that all things are within our control. 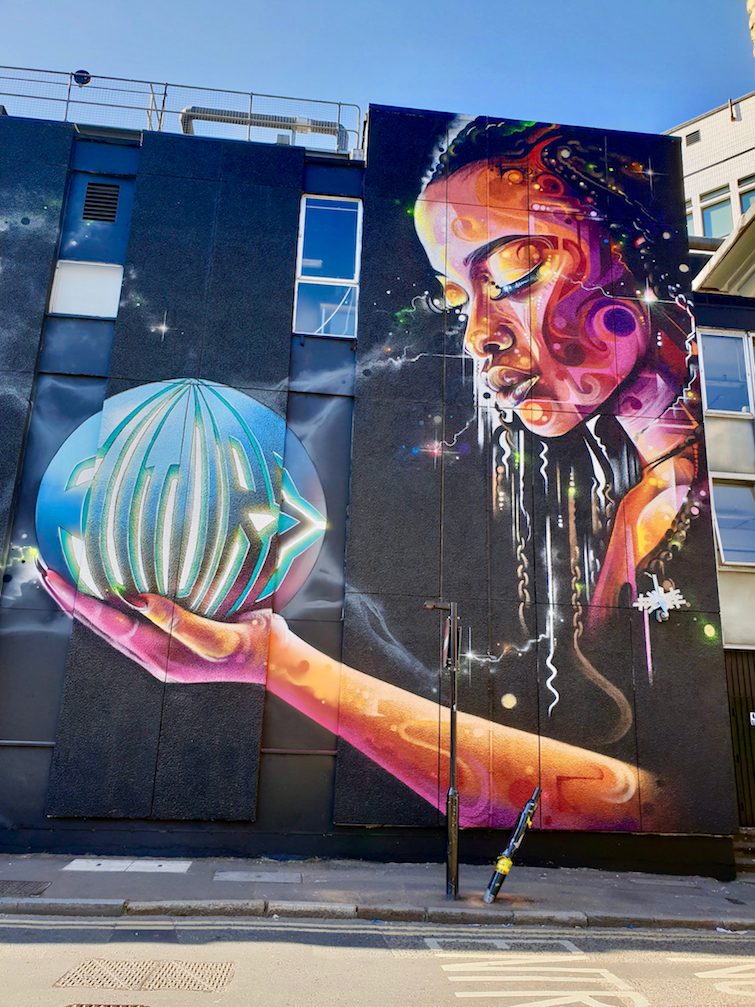 With Jamaican roots, Carleen De Sozer’s street art murals are distinctive in the use of bright yellow/gold paint with most of her subjects having big curly hair. An example of this is her mural “Living Life Like It’s Golden” a meeting of styles collaboration with fellow street artist Candie Bandita. Also found in the Shoreditch area of London on Pedley Street, I particularly like the female in the middle with big hair, glasses, earrings and lips minus the red lipstick which sort of remind me of me. HA!

Another of Carleen De Sozer’s beautiful street art murals can be found South of the river in the Bromley area of London. In an alley off Bromley High Street on the wall of the local Mr. Simms Olde Sweet Shoppe, is this powerful street art mural titled “The Keys Are Within You.” The imagery in this street art mural is an anthem for female empowerment revolving around helping yourself, empowering yourself and loving yourself. 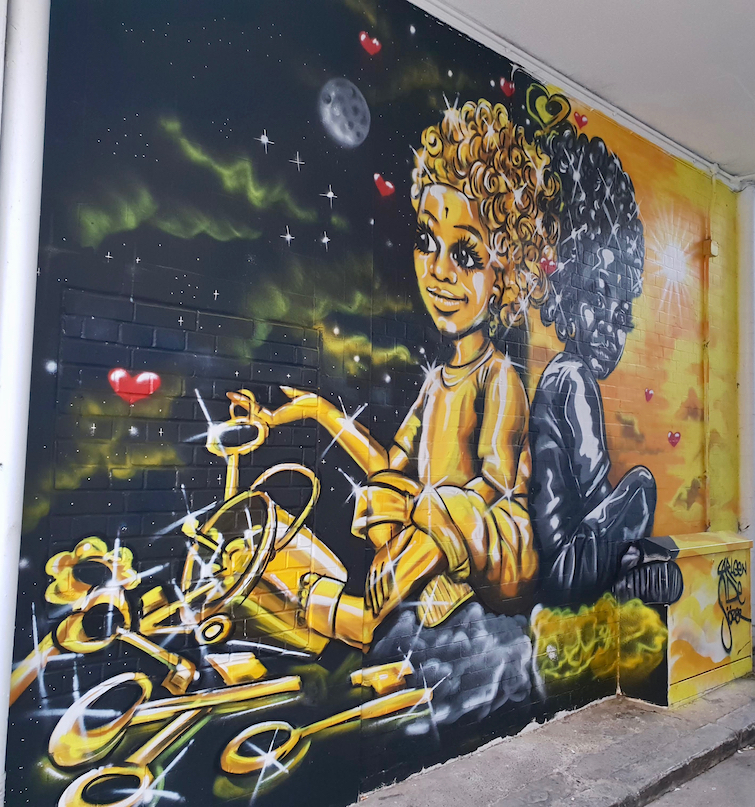 Heading to Brixton, the best example of African Caribbean street art in London is a recent addition by Neequaye Dreph Dsane, the first mural from his ‘Migration’ series. On Pope’s Road, on a vast wall next to Brixton Village Market which houses many Caribbean shops, is a street art mural by Neequaye featuring Michael John an activist in the Brixton community originally from Grenada working tirelessly to ensure economic security for his new family. For his two decades of service to the Brixton community, Michael was presented with the Keys to Brixton Market by the council. 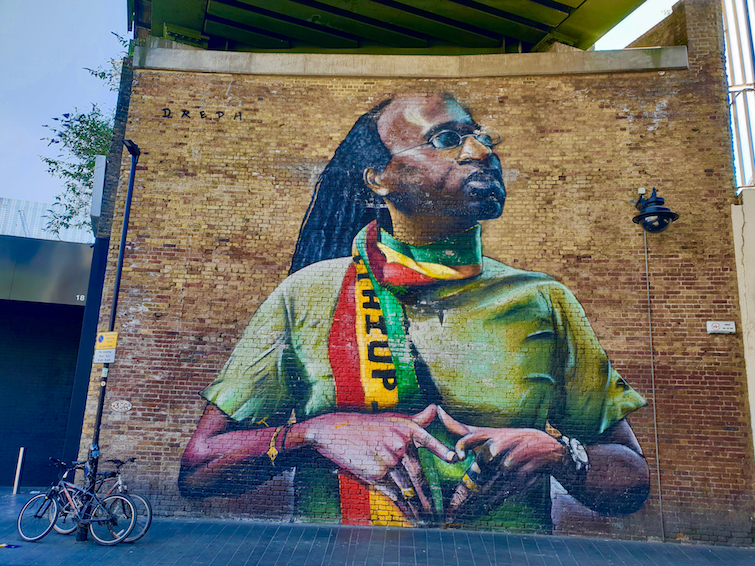 Another African Caribbean street art in London mural I like in the Brixton area is the one on the shutters for Bush Man Kitchen a Caribbean kiosk since 1989. Specifically, it’s a mural of Bob Marley by local graffiti artist Dope. No, it’s not particularly the best, but this small Caribbean restaurant has sentimental memories as its the first I tried when I moved to London over a decade ago; and so love everything about it including the two street art murals. 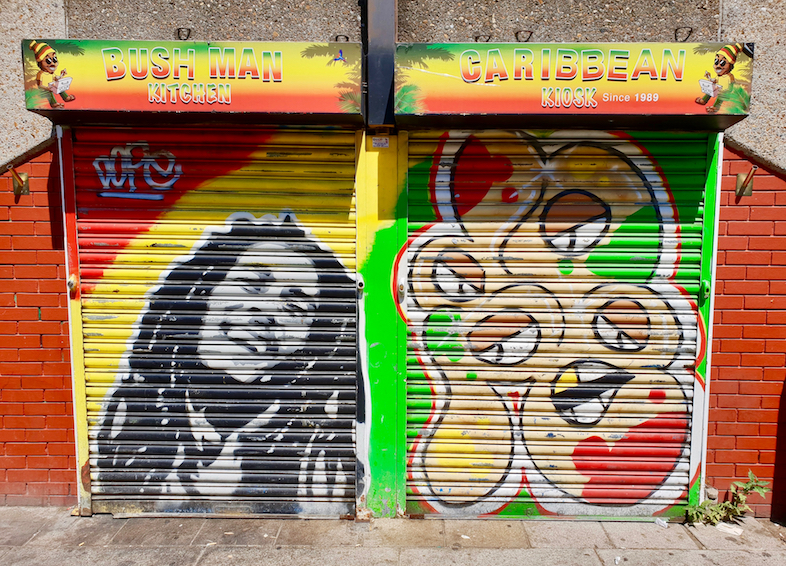 These are but a small selection of the beautiful, creative and inspiring African Caribbean street art in London taken with the Samsung Galaxy S9+.  Each has a story to tell so get out and start exploring but keep in mind that even the best street art murals are almost never permanent, so best to check out the artists’ website or Instagram accounts for their latest work.

Note:  While Samsung UK provided the Galaxy 9s+ for trial to take part in the mobile photography exhibition and kickstart my #CaribbeanInLondon campaign, this blog post/article is not sponsored and all opinions above are my own. 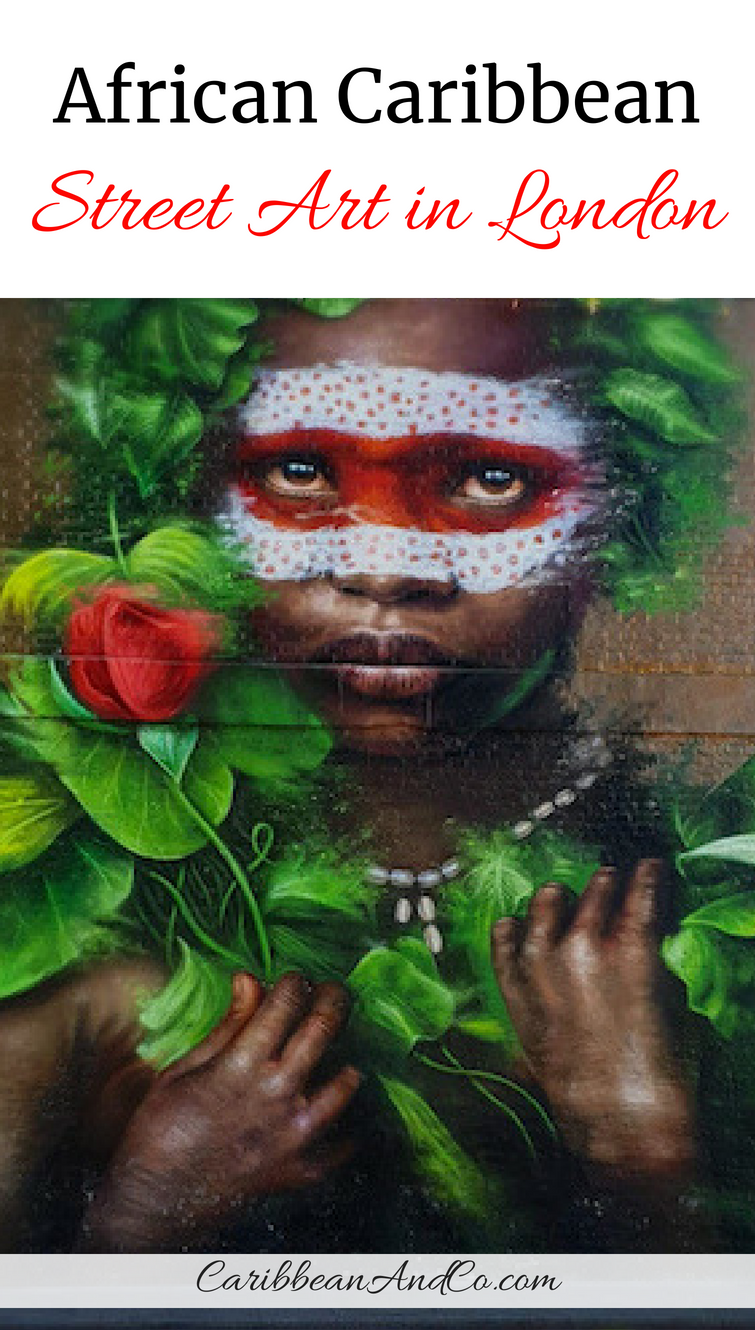 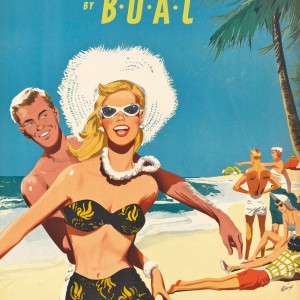 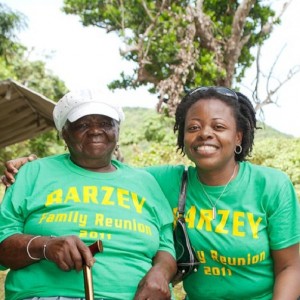 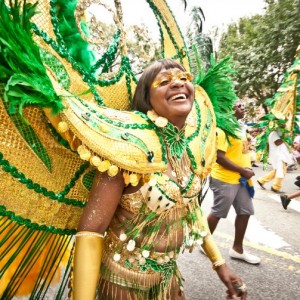